Travel packages in Puerto Maldonado - The Capital of Biodiversity 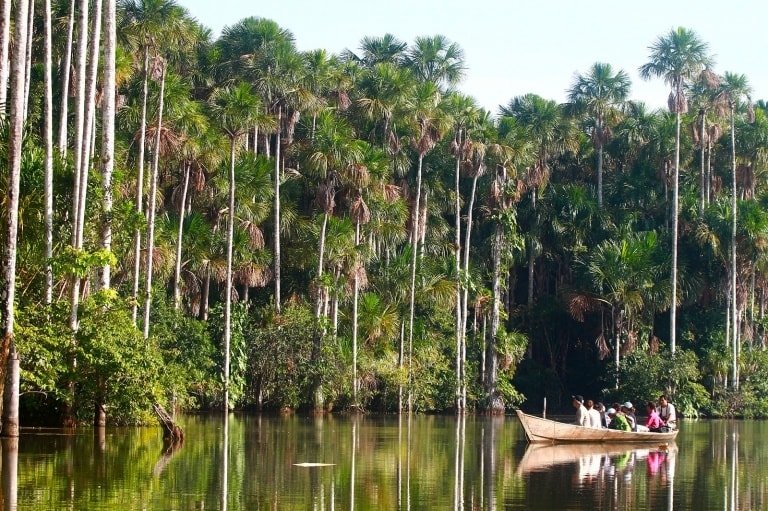 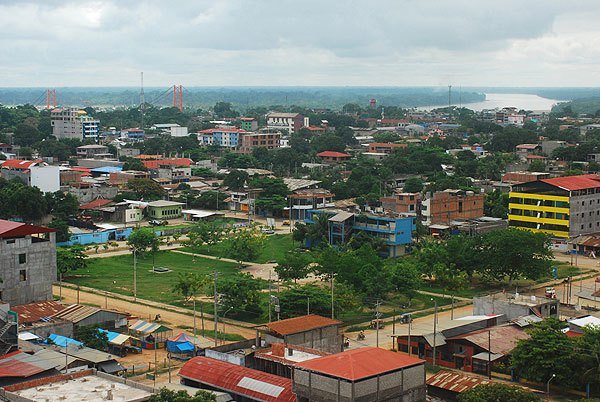 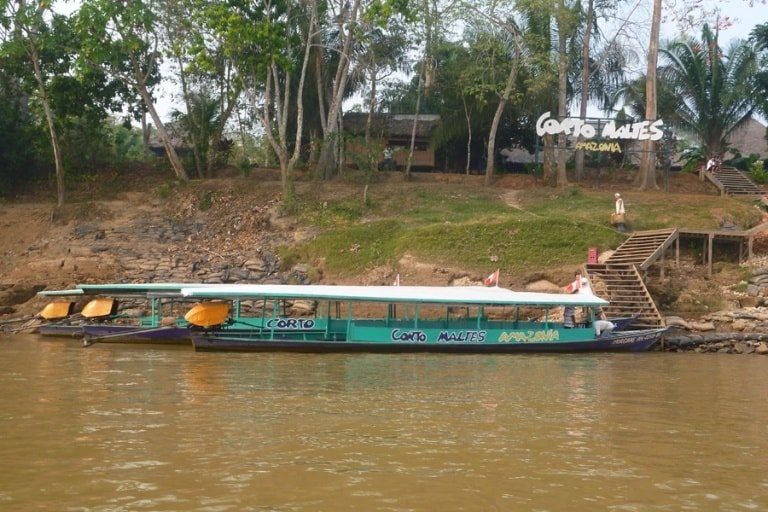 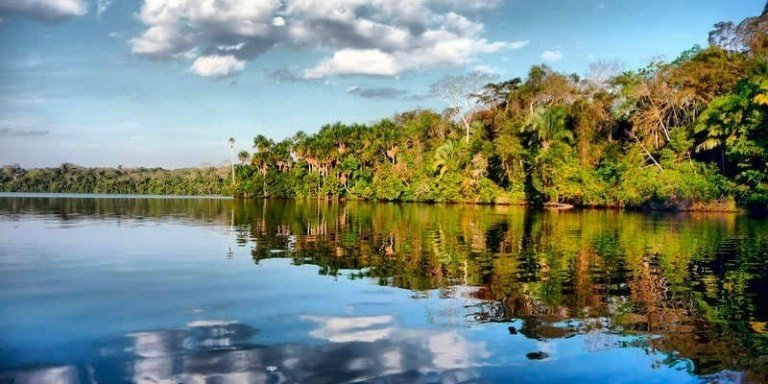 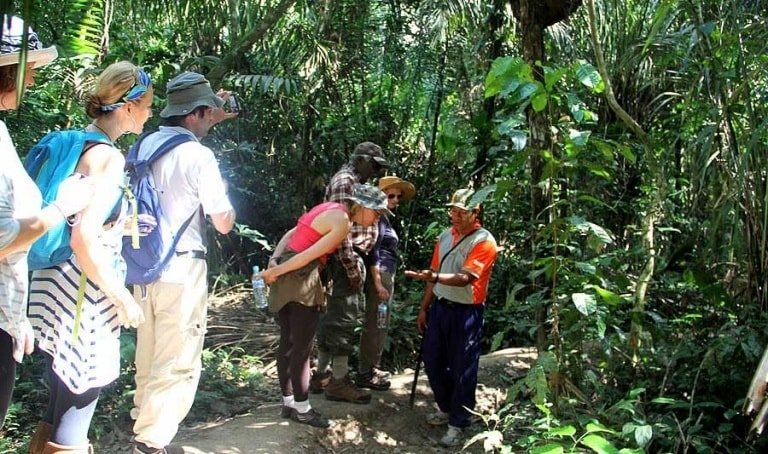 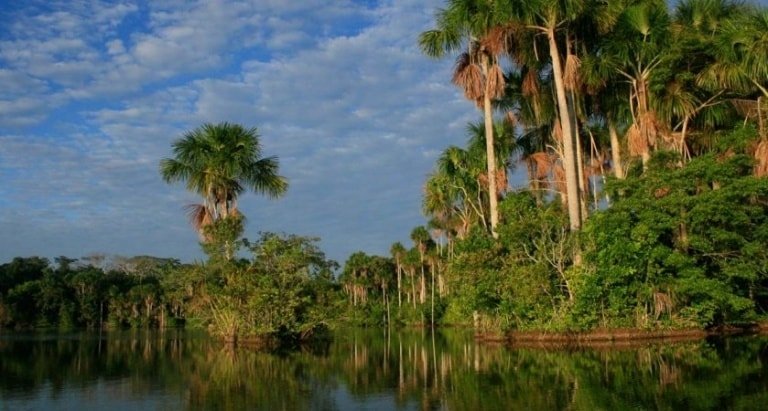 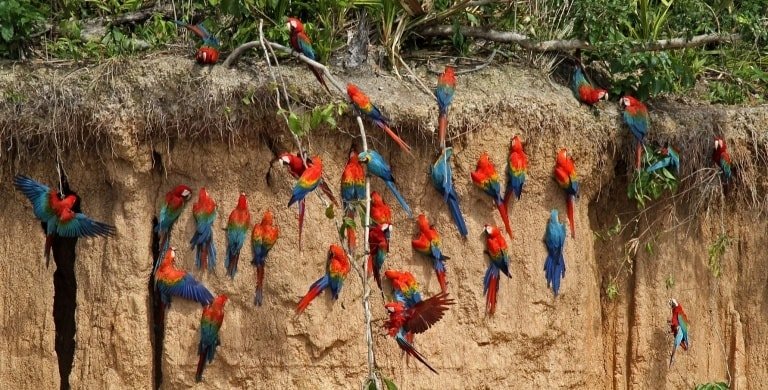 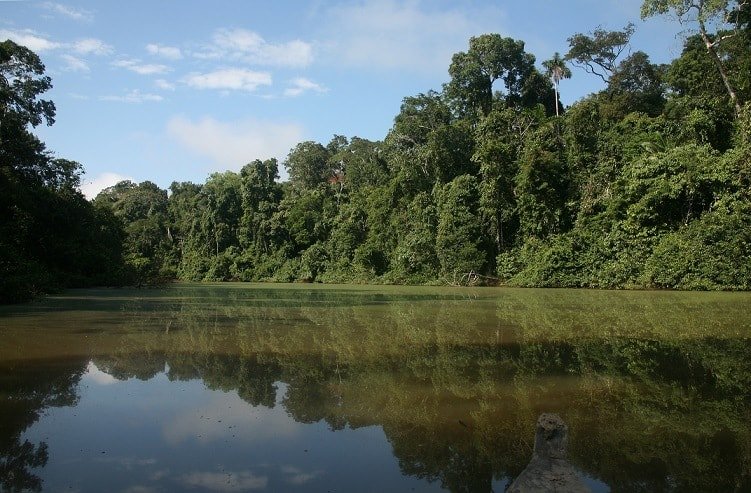 Puerto Maldonado is a city in southeastern Peru in the Amazon rainforest 55 kilometres (34 mi) west of the Bolivian border; located at the confluence of the Tambopata and Madre de Dios rivers, the latter of which joins the Madeira River as a tributary of the Amazon. It is the capital of the Madre de Dios Region.

Nearby are the Manú National Park, Tambopata National Reserve, and Bahuaja-Sonene National Park, which have been established to protect natural resources. These are some of the most pristine primary rain forests in the world. They include several oxbow lakes and clay licks, where hundreds of birds, including macaws, feed on clay.

Because it was less accessible by major rivers, the Madre de Dios region was among later ones to be explored in the late 19th century rubber boom. Rubber barons active in the region included the Peruvian Carlos Fermín Fitzcarrald of Iquitos, as well as Brazilian and Bolivian interests. The workers for tapping rubber brought in endemic European diseases, causing diseases and high fatalities among the indigenous peoples along the Manu River from 1889 to 1892, when the first rubber parties arrived, with another epidemic in 1896.

Fitzcarrald in his exploration found a short passage overland between the Mishagua, a tributary of the Urubamba River, and the Manu River, a tributary of the Madre de Dios River. This land was named as the Isthmus of Fitzcarrald after him. Transporting rubber across it enabled the product to be transferred to ships that could go down the Madre de Dios, connect to the Madeira River, a tributary of the Amazon River, and thereby to Atlantic ports and export markets. He also identified present-day Puerto Maldonado as a strategic location. He died in 1897 when his ship Contamana sank at this point in the river, where Puerto Maldonado was later founded.

In 1901, the Peruvian Government created a committee to explore the nation's rainforest. Don Juan Villalta led an expedition along the Tambopata River, departing from Sandia. Villata officially founded Puerto Maldonado on July 10, 1902, as a station at the confluence of the Tambopata and the Madre de Dios River. He named the port after Faustino Maldonado, of Tarapoto, who had explored the Madre de Dios in 1861 and drowned in the rapids of the Mamoré River.

The Madre de Dios region was created by law on Dec. 26, 1912, with Puerto Maldonado as its capital.The city was formally recognized in 1985.

To get to Puerto Maldonado, one usually must travel from Lima - Cusco first before reaching the Padre Aldamiz (PEM) airport in Puerto Maldonado. Since domestic flights in Peru change so much, it is difficult to recommend carriers - however the most reliable seem to be LanPeru and StarPeru. Commercial flights in and out of Puerto Maldonado are almost always in the morning or early afternoon. The phone number at the airport is +51 84 571531.

Make sure to have your Yellow Fever Vaccination Card on you; local officials often ask for it even though it may or may not be "officially" required.

The road to Puerto Maldonado from Cusco is improving since it is part of the Interoceanic highway, but currently the bus trip still takes 12 hours, so most tourist opt for the quicker and more comfortable 30-minute flight. Some lodges, including Wasai, even offer mountain biking tours from Cusco to Puerto Maldonado. This trip, however, is not for the casual beginner; it's a serious trek for serious athletes. Also since 2007, the popular well-known freelance bike trip adventure guide Cesare Ricci offers customable cyclotourism trips from Cusco to Puerto Maldonado in 12 days at budget prices for minimum 4 travelers (more detailed Info at: biac14@gmail.com). He is well-known for being the first biker to travel from Cusco to Rio Branco, Acre-Brazil on a bicycle for 1,200km. in 38 days, when it was still dirt road in 2007.

You can reach Puerto Maldonado from either the Tambopata or Madre de Dios rivers, but this is not likely for tourists.

If you've booked a stay at one of the jungle lodges (Wasai, Sandoval, Posadas, etc) your guide will most likely meet you at the airport holding a sign with the lodge's name on it. They will transport you in van to the river (Puerto Tambopata) to wherever you are going (by boat)

If you are staying in town, taxis almost outnumber everyone else in Puerto Maldonado, so getting around the town is fairly simple. Motorcycle-driving taxis will take you anywhere you want to go, and the most likely destinations (airport - plaza de armas, airport - Puerto Tambopata, or airport - hotel)

If you chose to rent a moped and ride around yourself, feel free. Motorcycle rentals are everywhere in town and normally.

Most of Puerto Maldonado's visitors use the town as a launching point, but if you are staying for a day or two, make sure to see the following:

street art. As of Oct 7, 2014 there are some amazing street art south of the plaza de arma. I noticed some of them around tambopata Hostel, but the are spaced out in that area. Some asking and searching is required. Finding them is a fun time destroyer.

Plaza de Armas. The main square in Puerto Maldonado is much like the main squares all throughout South America. Great for picture taking, eating ice cream, or just sitting around.

Confluence of the Tambopata and Madre de Dios rivers. This is in the eastern-most part of town, next to the government buildings, and has a lovely courtyard great for picture taking.

Monkey Island A medium sized island situated in the middle of the river, the home of hundreds of monkeys and several different species. Watch out the monkeys will try to "borrow" anything that is not attached to your person or not secured in a backpack.

Lumber yard. Although this sounds silly, those interested in tropical conservation won't want to miss this first hand look at the economic drivers behind deforestation.

Market. Here you can buy everything from a side of beef to Led Zeppelin CD's. Goods here are slightly more expensive than in other parts of Peru, since Puerto Maldonado imports many goods from other parts of Peru and doesn't produce them themselves.

El Jaguar Zoo & Disco. Yes, you read that correctly. Puerto Maldonado has a modest zoo complete with local fauna, and at night the place is billed as a night club. Go get trashed with the brown capuchin monkeys at this place.

Rescue Snake House. A little further down the main road from the airport, rescued snake species as well as other reptiles and a rescued blind Margay (little big cat), and small museum. Worth a visit to see these creatures up close and learn a bit about them from the volunteers there.