Full Lima and north for you 16 days 15 nights

Arrival in Lima, assistance and transfer to your hotel. Free time to relax and acclimatize. Overnight.

10:00 We start the tour guided by the most important places and attractions of Lima, “City of Kings. ” The tour includes tour of the Historic Center of Lima, Main Plaza, Government Palace, Cathedral, Archbishop’s Palace, Municipal palace, Later we will visit the Convent and Church of San Francisco, the greatest monumental complex of Colonial Art in America and Cultural Heritage Site.

Thetour includes a visit to the Basilica of 21 altars, Convent of the cloisters, Clementine Chapter house, choir, library of the monks, museum that displays 11 canvas paintings of the Rubens School, the Sacristy with canvas paintings by Zurbaran and Rivera, great patio decorated with Seville tiles of XVI Century, Moorish arches and underground catacombs, which were formerly a large public cemetery, and finallywe visit the San Martin Plaza.

We visit the residential districts of San Isidro and Miraflores, will havesightseeingthe Pucllana Archeological site, ceremonial and administrative center of the Lima Culture, built in the second century AD and considered by the Incas as Ñaupallaqta, “Sacred Place”; the Olivar de San Isidro Park with olive trees brought from Spain in the fifteenth century, the Kennedy park in Miraflores and Larcomar, a tourist and entertainment center, a symbol of modern Lima and a privileged spot to enjoy a spectacular panoramic view of the Pacific Ocean.

Return to you hotel.

Afterwards we transfer to the bus station to travel to the beautiful city of Huaraz. Travel time approx 8 hours.

Breakfast at the hotel.

08:30 Transfer to the bus station to take your bus to the city of Huaraz.

Arrive and transfer to the hotel. Overnight

09:30 Start of full-day excursion to the Huaylas Valley, during which we will visit the towns of Caraz, Yungay and Campo Santo and finally visit Llanganuco Lagoon where you can observe the impressive turquoise water.

Return to the city and transfer to hotel. Overnight

09:30 Afterwards we begin our all day excursion to the Archaeological Complex of Chavin de Huantar where you can see carved stone heads, the Monolithic Lanzon, underground labyrinths.

Return to the city, transfer to your hotel. Overnight

10:30 A journey through the main streets of the city visiting the Regional Museum, ‘Soledad’ Church, José Olaya Street (a historical street of Huaraz), the fish farm (trout farm) and finally the medicinal thermal baths of Monterrey whose temperatures are around 50° C. They are said by the locals to alleviate rheumatic and nervous conditions. The place has an adequate infrastructure of pools as well as individual and family baths. Bring swimwear. Return to hotel.

Transfer to bus station for connection to bus route bound for the city of Trujillo. An 8-hour overnight journey.

Arrival and reception at the bus station, transfer to hotel.

14:30 Then we visit to the famous archeologicalsite of Chan Chan, located 44 km from the city of Trujillo. The ruins, mainly made of clay, consist of nine palaces which were the residence of the rulers of the Chimu kingdom, an ancient Peruvian culture. The ruins are considered to be the largest adobe city in the world declared by UNESCO as Cultural Heritage of Humanity.

Afterwards we visit Huanchaco which is a pretty resort and fishingvillage near Chan-Chan, ideal for lunch in one of the local restaurants. It is also an opportunity to see the fishermen on their “totora (reed) canoes”. The specialty is the food prepared with fish and seafood.

Return to Trujillo, transfer to your hotel. Overnight

09:00 Guided tour of the center of the city where we will visit downtown, Cathedra, restored Colonial mansions: Orbegoso’house Urquiaga’s House (housing the Reserve Bank) Emancipacion’s house Iturregui’s Palace. Return to hotel. Transfer to bus station to take your bus to Chiclayo. A journey of about 3 hours. Arrival at Chiclayo, reception and transfer to your hotel. Overnight

10:00 Visit Huaca Rajada, and place of the discovery of the treasure of the tomb of the Lord of Sipan, burial chambers + museum where replicas of the excavations are on displayLunch in Prov. Of Lambayeque (not included)Tucume pyramids + museum, lookout La raya hill and walk through the archaeological site. Royal Tombs of Sipan (Lambayeque), exposing the gold tomb of Sipan.Chiclayo Arrival transfer to hote. Overnight

A time transfer to the bus station to take the bus to the city of Chachapoyas. Overnight in bus.

Reception and transfer to hotel.

08:30 Transfer in ourvehicle towards the fortress of Kuelap, in the way we can see the archaeological site of Macro, site located on the slope of a hill on the right bank of the Utcubamba River, passing g through beautiful valleys, landscapes and picturesque towns such as New Tingo , Maria Choctamal and finally arrive at the fortress of Kuelap located about 3, 000 msnm above sea level, guided tour, where we will visit different places as ceremonial grounds, the tower, the largest temple, houses rooms, etc. The inside of the big hard strength about 3 hours, box lunch, return to the city of Chachapoyas, return at the hotel. Overnight

08:30 Afterwards we begin our tour in a our private vehicle towards to village Cocachimba, from there we start the hike to the Gocta waterfall whose height is high 771 metros the third highest in the world (time approx. two hours walking back and two hours return) on the way we will observe flora and fauna typical cloud forest, lunch, return, arrival to the city of Chachapoyas. Overnight.

08:00 a.m Afterwards we begin our tour in a private vehicle towards theprovince of Luya – Lamud continuing our journey chipuric observe these mausoleums located in large cliffs after visiting the towns of leg and cross Cowichan first visiting the village of Cruzpata from their walk for 25 minutes until the pre Inca burial site Karajia Coffin, guided tour, these unique burial in the world, located in strategically placed large rocky cliffs on the north side of the cliff, lunch. Return to Chachapoyas. Overnight.

08:00 Transfer to airport of Jaen to take your flight to Lima.

Reception in Lima and transfer to hotel. Overnight

The time transfer to the airport for your international flight. 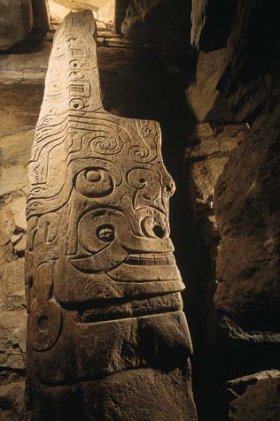 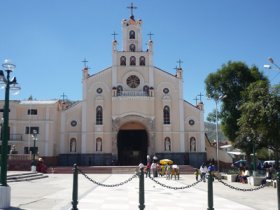 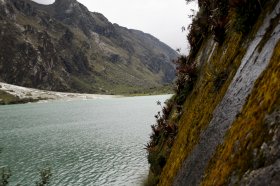