Travel packages in Piura - The city of carob trees 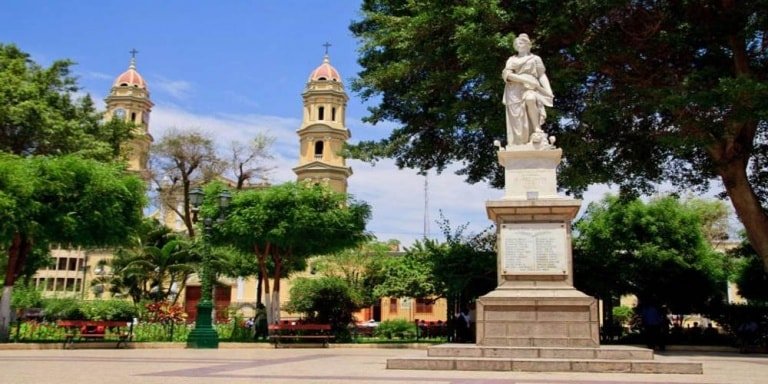 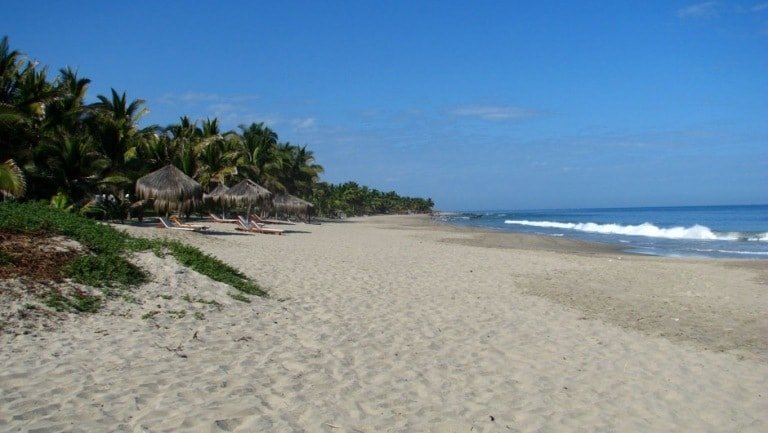 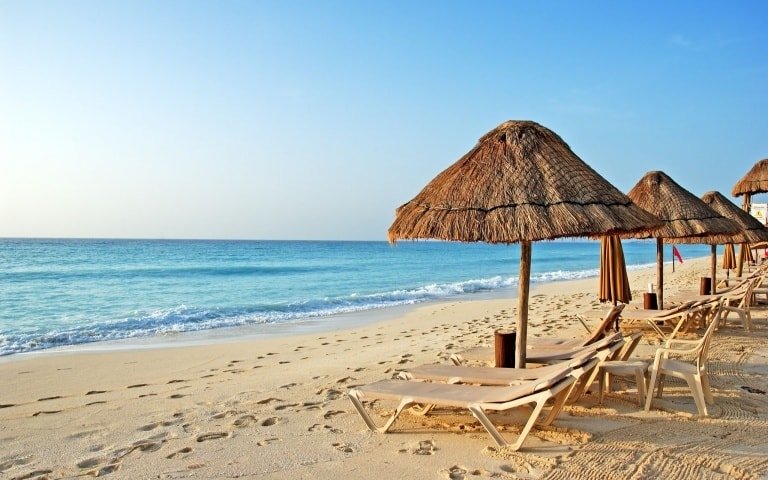 The department of Piura is located in northern Peru bordered on its north by Tumbes and the Republic of Ecuador; on its east with Republic of Ecuador and Cajamarca; Lambayeque in the South and in the west it borders the Pacific Ocean.

The department of Piura, City of the Carob tree, has many places and attractions; in the city you will find the country's oldest square, its suspension bridges across the river Piura, its cathedral, its parks, its provinces and districts such as Catacaos, Chulucanas, Sullana, Talara, Paita. The people of Piura are famous for their preparation of rich cebiches, their Creole appetizers and varieties of Chicha de Jora (drink made of fermented corn) that may accompany these apetizers. The chicha is served in the traditional "pothos" (carved shell of a gourd). When it is thin it is removed from the surface of the pitchers, is called "Clarita" (clear), and usually drunk as an aperitif in a little ´poto´ which, as a surprise to many is called a "cojudito" (a little silly).

The territory which contains the existing coastal department of Piura was inhabited in ancient times by Tallanes (an ancient culture). Subsequently the area was influenced by the Chimu kingdom, and from 500 BC up to 500 AD the Vicus culture flourished and held the same importance. This culture was outstanding for its ceramics inspired by various zoological species (copied and recreated the from Mochica culture) and its delicate gold work (ceremonial vessels, chest plates with small gold discs, figurines, nose rings and earrings, etc.).

When the Tahuantinsuyo empire extended its conquests the north it faced a fierce and prolonged resistance from the Ayahuacas and Huancabambas.

During the colonial time, San Miguel de Piura was the first city founded by the Spanish.

Their original captial was near Sullana (which proved to be an inhospitable area), then moved to Paita, where rains and the threat of pirates in 1588 led to its last and final move to its actual location.

Main attractions of the capital:

The Cathedral (with its altar covered with gold leaf), the Church of San Francisco (the oldest in the city), the house museum of Admiral Miguel Grau (birthplace of Peru's first naval hero, Jr. Tacna 662); Municipal Archaeological Museum of Piura, the Art Museum and the Church of Carmen

The city of Piura, orderly and dynamic, is famous for the lively and hospitable spirit of its people. Its welcoming Main Plaza is one of the finest on the Peruvian coast. Surrounded by tamarind trees which provide a refreshing shade in the middle of sweltering heat, the city combines history with modernity. In the past two decades, thanks to strong private investment, the department has become a key development center. Its fertile lands have been the birth place of illustrious men like Miguel Grau, the knight of the seas, Jose Ignacio Merino and Luis Montero, distinguished painters, Carlos Augusto Salaverry, noted poet and José Cayetano Heredia, considered the father of Peruvian medicine. Piura is also appreciated for its music (tondero and Marinera), its exquisite food, and variety of handicraft with its outstanding Chulucanas pottery, floral arrangements with marine shells and gold and silver filigree.

Catacaos typical village with deeply rooted customs noted for its straw weaving and cotton and their gold and silver filigree. At 5 km south of Catacaos are the archaeological remains of Narihuala, possible place of worship or recuperation of strength of the Tallanes. Sechura, 55 kilometers from Piura, is an important town for its bay. In this area you can appreciate the Sechura desert, at times made green by the El Niño rains.

In the archaeological area of Vicus, 55 kilometers from Piura, developed one of the oldest cultures of the Peruvian coast. (Fine works have been found in jewelry and pottery with stylized lines).

On the heights of the Huancabamba provinces, at 1,953 meters above sea level is Las Huaringas, (considered to be the capital of Peruvian witchcraft), an area formed by a group of lagoons medicinal mineral water.

Also the provinces of Paita and Talara with their beautiful beaches of Colan, Mancora and Esmeralda.

Piura extends over a rich agricultural and oil region. Despite the fearsome desert, Sechura, the generous Piura valleys produce extraordinary ´pima´ cotton, rice, soybean, wheat and fruits. The meeting of Sechura with the sea gives birth to the most beautiful landscapes of the Peruvian coast with abundant capes, bays, peninsulas, curves, points and creeks. There are beautiful beaches with the purest of white sands and a sea of blue waters, ideal for sport fishing.

Petrol arrives at Bayóvar through the northern Peru pipeline, arriving from the jungle to be distributed throughout the country. The orderly and clean city of Talara is the most important oil center of Peru.