Travel packages in Cajamarca - Known for colonial and baroque architecture 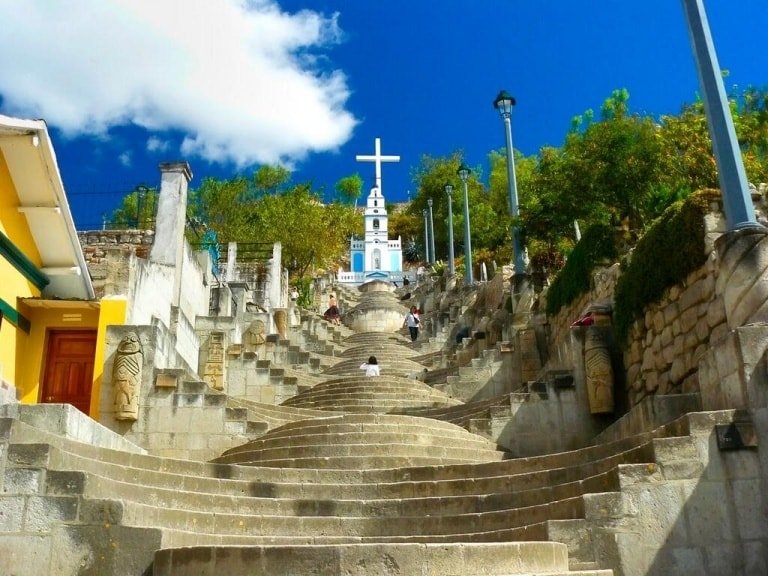 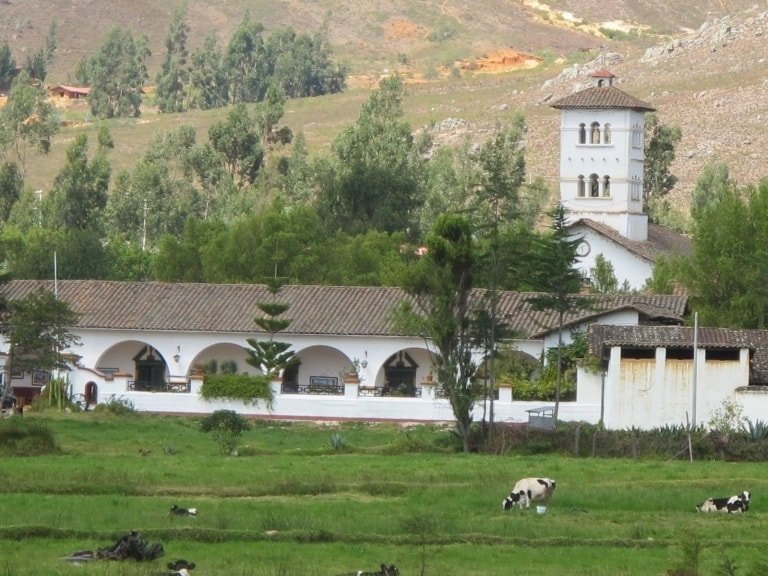 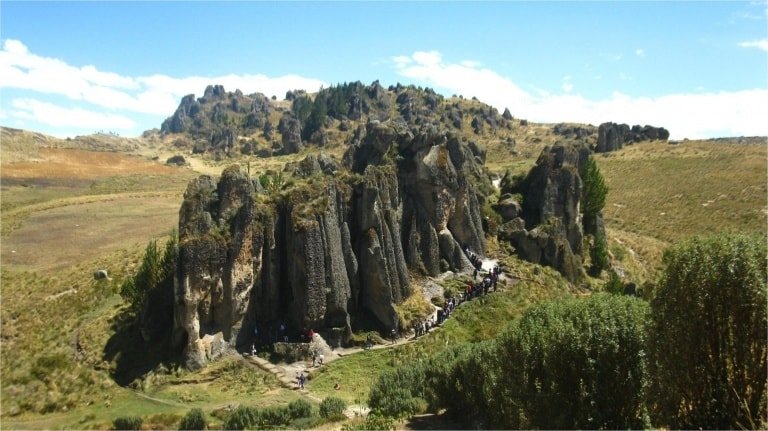 4   3
3   2
4   3
CajamarcaIt's the capital of the Cajamarca region of Peru. It is an ancient city, with roots dating back three thousand years. Before the colonialist era, before the Inca era, and even before the Chavín peoples, Cajamarca was inhabited by the Huacaloma, Layzón, Cumbe Mayo y Otuzco peoples.
Cajamarca lies approximately 150 mi. (241 km) south of Ecuador and 75 mi. (121 km) east of the Pacific Coast in the highlands of northern Peru. It is surrounded by fertile lands in a valley bordered by the Andes mountains.
Just 9 mi. (14 km) to the north of Cajamarca lies the second largest gold mine in the world, the Yanacocha mine. This open pit mine, which is run by the Denver, Colorado based Newmont Mining Corporation, has caused controversy in the region as a result of contamination of the water and air.
History:
Remnants of the ancient history of Cajamarca can be seen in petroglyphs, ancient aqueducts, and other stone carvings in Cajamarca and beyond. These civilizations date back three thousand years and include the Huacaloma, Layzón, Cumbe Mayo y Otuzco peoples. Around 1450, Cápac Yupanqui, the brother of Pachacútec, conquered Cajamarca and annexed it to the Inca Empire.Pizarro's small army hid in buildings in the plaza, which had been vacated prior to Atahualpa's arrival. Friar Vincente de Valverde, approached Atahualpa, gave him a bible, and demanded his acceptance of Catholicism. Atahualpa dropped the bible on the ground.In 1532, Francisco Pizarro led Spanish Conquistadors in the battle that ended the Inca Empire. Atahualpa, the Incan leader, expected to meet Pizarro and his men peacefully in the Plaza de Armas in Cajamarca. He left most of his army of tens of thousands outside the city and entered the city with an entourage of men carrying only knives or small axes.Pizarro then led his men into the plaza, shooting at Atahualpa's entourage. Atahualpa was captured and imprisoned. Atahualpa offered a ransom of gold and silver in exchange for his freedom. Pizarro accepted the gold and silver, but reneged on the agreement, killing Atahualpa. With Atahualpa dead, Pizarro led his men south to Cuzco to conquer the Inca Empire.In Cajamaraca, the Spaniards redeveloped the city. An Inca temple adjacent to the Plaza de Armas was converted into a Catholic church dedicated to St. Francis. In the 17th and 18th centuries, additional churches and cathedrals were built. The most significant are the Cathedral of Cajamarca, the Church of Belén, the Recoleta Church, and the Chapel of the Virgen de los Dolores.
Culture
Remnants of the Inca culture can be seen in the Inca baths, located just a few miles to the northeast of Cajamarca. These baths were hot springs that the Inca built into a bathing complex.
The building in which Atahualpa offered the ransom of gold and silver to Pizarro and the Spanish conquistadors remains in Cajamarca and is known as the Cuarto del Rescate (Ransom Room).
Modern day Cajamarca is known for its colorful Carnaval celebration held in the three weeks prior to Lent. The Carnaval is celebrated with music, food and drinks, parades with floats and people in vibrant costumes,and the water and paint games, in which festival goers throw water at a procession of painted people.
What to Do to See
The Cathedral of Cajamarca was constructed between 1682 and 1762. The Spanish basilica plan was used, and the (still unfinished) facade, made from architecture. Inside are paintings of the Virgen del Carmen, Santa Rosa de Lima and San Martín de Porres and an altar decorated with gold leaf.
The Church and Convent of San Francisco, which lies next to the Plaza de Armas, was constructed from stone excavated from the Santa Apolonia hill. The construction began in 1699 and continued throughout the 18th century. The architecture is Baroque Plateresque. Visitors to the Church of San Francisco can also enjoy the religious art in the church's museum.
Four blocks southeast of the Plaza de Armas is the Church of the Recoleta. Built in the 18th century, this church and convent was ransacked by Chilean troops in the War of the Pacific.
The Church of Belén, built in the 18th century in colonial baroque architecture, is located one block south of the Plaza de Armas. Its cupola is decorated with religious scenes and, through its windows, brings light into the church.
The Church of the Concepción (known as the Church of Nuns in Cajamarca) was finished in 1806 and built of volcanic stone in the neoclassic style. Its interior and altar are richly decorated with statues and carvings in wood, stone, and bronze.