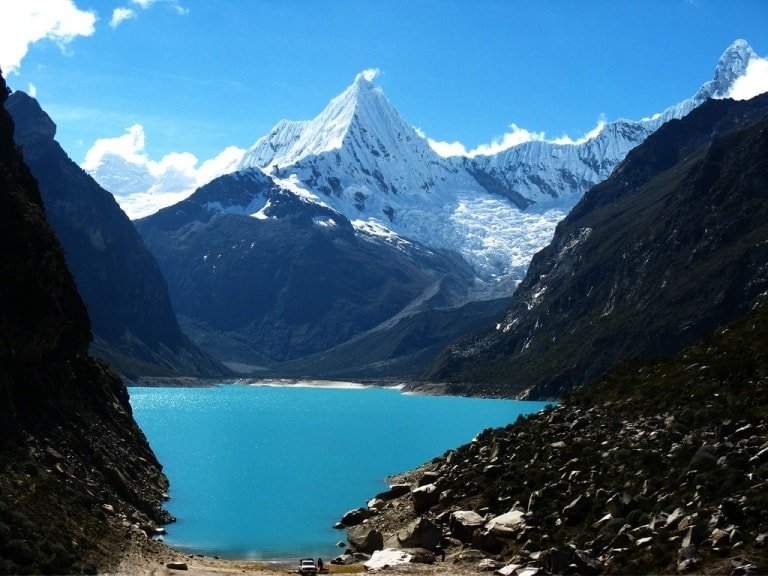 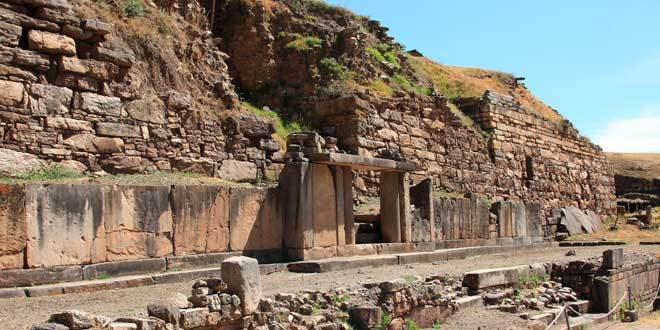 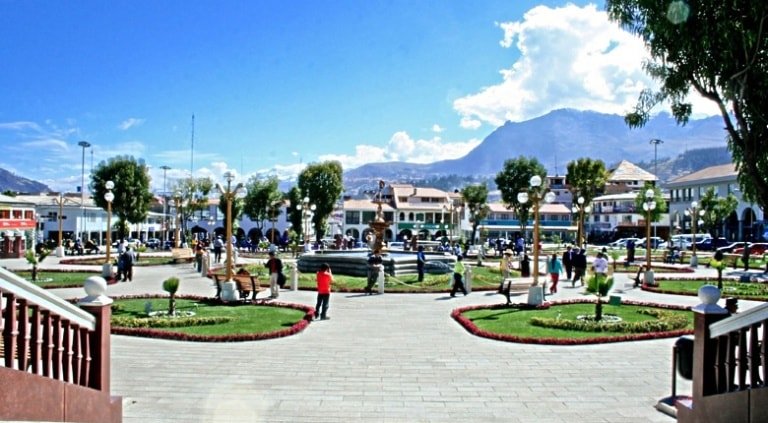 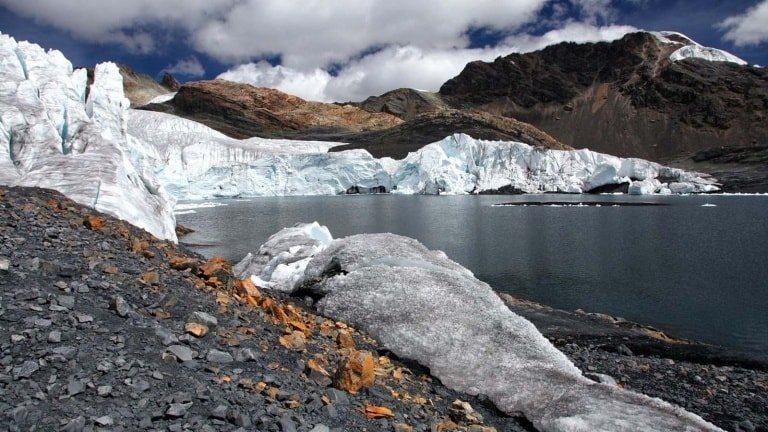 The department of Ancash is located in the northwestern part of the country. It has the privilege of housing in its own territory every country in the world. On one side it´s covered by the waters of the Pacific Ocean and on the other there is The Andes Sierra.
It has an area of 35.826 squared kilometers and a population of 1’014, 218 inhabitants.
Its capital is the city of Huaraz, located 3,100 meters above sea level and 408 kilometers from Lima. Beside the coast there is Chimbote, considered among the largest fishing ports in the world and center of Peruvian steel. Thanks to its geographical differences, its climate also varies, making it warm on the coast and cold in the sierra; but mornings are cool and fresh all year long.

Its beginnings go back to the years 400 to 600 b.c; it is based on the Chavin, a civilization who practiced worshiping religion very much and who stressed over their ceramic and stone sculptures and offered fierce resistance when the Incas decided to expand their domains. When the Spaniards arrived to what is now called Huaraz, in search for silver and gold, they committed many ravages because its inhabitants did not wish to be subjected.

Regardless of the force Francisco Pizarro imposed to obtain at any price the domains of the regions natural wealth, the huaylas and conchucos did not let themselves dominate, which caused them thousands of deaths. This is one of the reasons there isn’t a known official date for the foundation of the city, although some versions not very serious think otherwise.

During colony years, Huaraz was not important like other cities in the country, for that reason there are not many vestiges of colonial large houses either, however the mistreatment of the natives Corregidor was more appraised, producing systematic confrontments between authorities and the clergy who were looking for a more human treatment.

Ancash had an intense participation in its fight for freedom, incorporating to its better children the army of Bolivar. That is how, in the war of the Pacific he showed the biggest resistant to the invader. Under the command of General Andres Avelino Caceres, he organized the resistence called “Campaña de la Breña” (Campaign of the Scrubs), moving the armies through Huaraz and Yungar, without being destroyed.

Main attraction places in Huaraz
Huaraz
Located in the center of the alley of Huaylas, with a spectacular view of the snowy White Mountain range, a dynamic commercial city, considered also capital of the Andean sport adventures, counting with wide touristic facilities, like good hotels and restaurants and specialized mountain and trekking agencies within the own city there is the Archeological Museum, the sanctuary of El Senor de la Soledad, patron de of the city, and the little alley markets of handcrafts.
Yungay

A Province city that was buried with its 50,000 habitants during the earthquake of 1970 but now rises again. At 25 kilometers there is the Lagoon of LLanganuco, beautiful natural richness of blue waters and an amazing view.
Chavin

Archeological Complex of Chavin of Huantar, located in the town of its same name in the alley de Conchucos. It was one of the main religious and cultural centers of the western hemisphere. It shows its architectural brilliance on rocks, they constitute the castle and its labyrinths, a mysterious construction of narrow hallways and multiples of enigmatic figures of worked stones, like “cabezas clavas” (nailed heads).

One of the most featured units of conservation for all its snowy landscapes, lakes, canons, streams and waterfalls. Practically includes within its limits all the seven snowcapped Cordillera Blanca of more than 6,000 meters high, which constitutes it one of the main international focuses of attention for mountain climbers.

Due to its variety of climate and its territorios (coast and sierra), Ancash has stews that satisfy the most demanding tastes. Aside from the varieties of cebiches and dishes based on fish and seafood that you might be able to taste in the coast, in the sierra common orders are the picantes of cuy Huaracino style, the jaca-chasqui ( a variety of the last named but in soup), the papa-chasqui (soup on a potato base, milk and fresh cheese), the yucca-shupe (greaseless soup which is served in the mornings after a long night), the pecan-caldo (lambs head broth), the huallpa-chasqui ( chicken broth with chopped nuts) and the humitas of chochoca. To drink we recommend the different kinds of fruit juices, depending on the season.