Travel packages in Iquitos - The most important river port in Peru 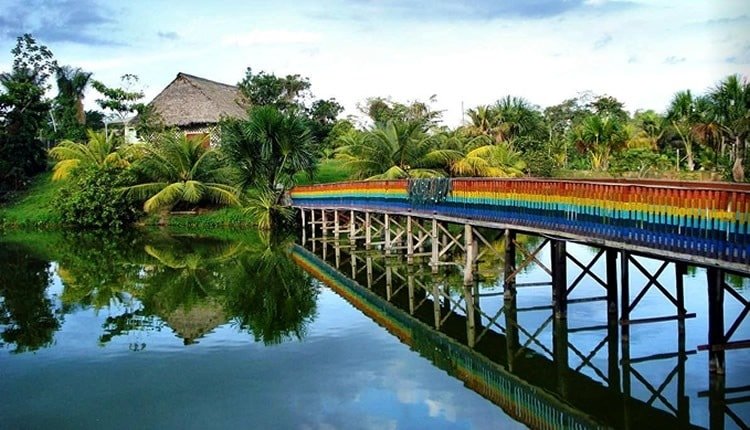 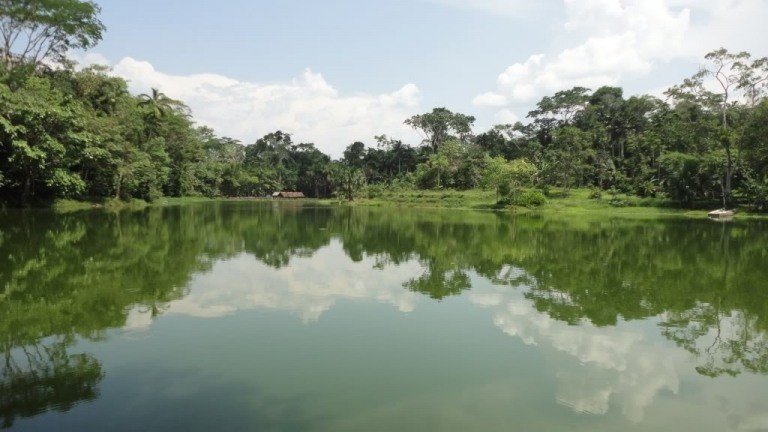 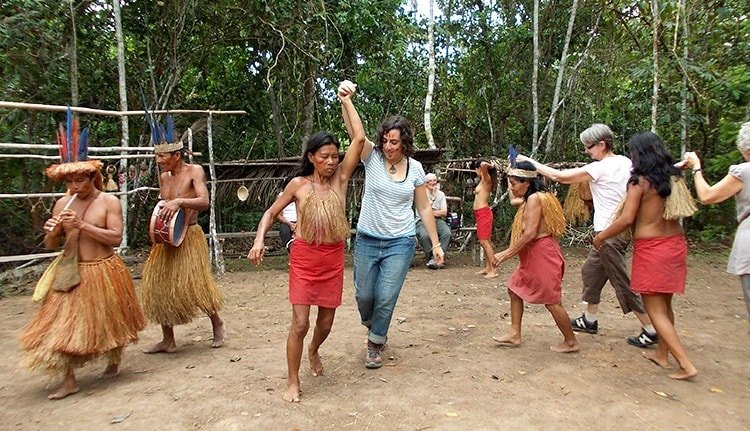 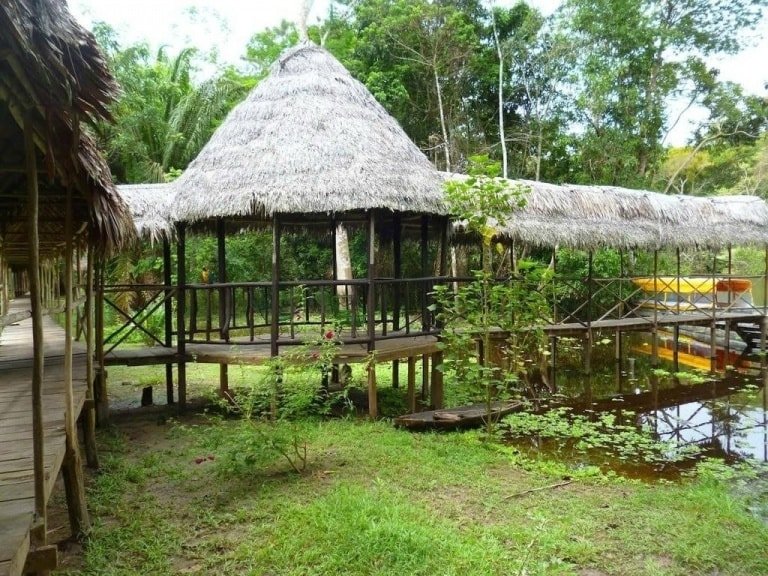 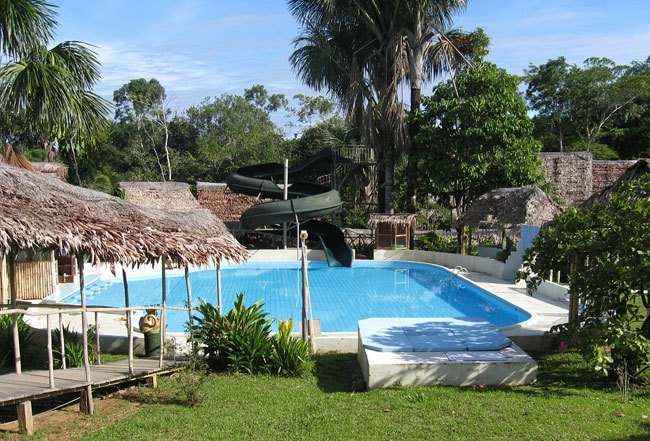 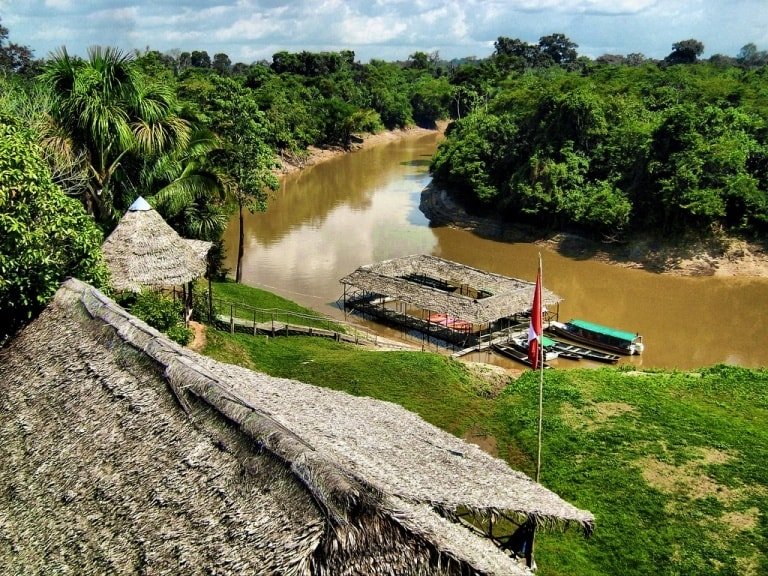 Iquitos is located south of Maynas in the Loreto Region of northeastern Peru, in the tropical rainforest of the Amazon Basin. It’s situated about 125km downriver from the confluence where theUcayaliandMarañónunite forming the Amazon River and a little more than 2000mi from where the Amazon empties into the Atlantic. It is actually an island, as it’s bordered by the Nanay, Amazon, and Itaya Rivers and Lake Moronacocha. Other important large rivers nearby are theNapo, Marañón and Ucayali, all of which has cemented its position as an important river port.

Iquitos is close to the equator, with a difference of only 18min between its longest and shortest days. The climate is tropical, with temperatures ranging between 15°C and 31°C and an average annual temperature of 23°C. Humidity averages 115%; rainfall is abundant throughout the year averaging 103in. The river water level can fluctuate up to 40ft throughout the year, depending on rainfall and snow melt from the eastern Andean slopes.

Iquitos in northeastern Peru, on the left bank of the Amazon River, is one of the most important cities of the Amazon and Peru’s principal river port. It can be accessed by river or air, with the exception of a road that connects it with Nauta city to the south. The main square, orPlaza de Armas, is a mix of modern buildings as well as the eccentric and luxurious constructions from the exuberant boomtime of the lost rubber age.

The major attractions of Iquitos and the Amazon Rain Forest is the unparalleled natural diversity of the region and the indigenous tribes. It is a popular base for tours of theAmazon RainforestandPacaya-Samiria National Reservethe most extensive national protected area in Peru and one of the best places to see animals in the wild. Travelers embark on boat rides and day and night hikes to view monkeys, alligators, giant lily-pads, caimans, anacondas, boas, tarantulas, and more. One popular stop isMonkey Island(technically Timicurillo Island on the Amazon River), which is overrun by different monkey specias as well as sloths, coatis, and tropical birds. While in Iquitos, you can visit facilities such as theManatee Orphanage,Alligator Farm, orButterfly house– the possibilities are endless.

TheFloating Market of Belénunites over 150 native communities who gather here to sell their produce, theSan Juan Marketfocuses on crafts and artisan products, theAnaconda Centeris another large crafts market under the waterfront walk, andPasaje Paquitois the place to go for exotic drinks or medicines made from native plants and animals. (While shopping please keep in mind that many ornamental items are manufactured from endangered species and are illegal to own, export from Peru, and import into the US and EU!)

The area now known as the city of Iquitos was home to the Yameo (Napeanos) and Iquitos tribes. From the mid 1600s through the mid 1700s it was common for natives to be transferred to settlements administered by Jesuit missionaries, known asreducciones. The Jesuit mission founded where Iquitos stands today wasSan Pablo de los Napeanos y Iquitosin 1757. It was eventually shortened to Iquitos as the Napeanos left little by little. It remained a small, languid, and forgotten villa until President Ramón Castilla decided to take advantage of its strategic location, sending sailors, ships, and installing a naval shipyard, bringing Iquitos to life as a river port in 1864.

20 years later Iquitos was rocked by a Rubber boom which brought adventurers from Peru and all over, especially Europeans, who were looking to make their fortunes. The town began to grow rapidly into a modern, if still isolated, city. When rubber seeds taken by the English to their colonies in Singapore and Malaysia began to bear fruit, the South American rubber barons saw the boom go bust, in 1914. Oil extraction became inmportant in the 1940s, with the Allies installing the Capitán Bergerie Airport and Aid Hospital of Iquitos in 1942. Lumber, pelts, and other resources were extracted but not in operations as large as the Rubber boom.

Modern Iquitos is the most important city in the Peruvian Amazon, with universities, a modern international airport, riverports.