It is located in vilcambamba Cusco. In order to reach this beautiful place, you must travel approximately 4 days.

In this place, the Incas had to live after the Spaniards arrived. It was a new city and had many hectaries had beautiful constructions and because of its location

The Incas could see on high if the Spanish conquerors were approaching.

It is main leader was Manco Inka. Who gave a place to all the followers of Diego de Almagro who was afraid of being killed by the Spaniards.

One of his followers betrayed him and  Diego de Almagro was killed  after this event the place became a lost city.

It was discovered in the 20th century by Hiram Bingham, who also found Machu. 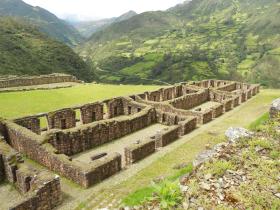