We’ll arrive in Puerto Maldonado, Peru’s capital of biodiversity. Following pickup at the airport, our trip begins with a tour of the city by private bus. We’ll continue to Capitanía, a small river port, where we’ll board a motorized boat to cross the Madre de Dios River. As the trip progresses, we’ll become immersed in the natural surroundings of the jungle while observing theronsoco, caimans, turtles, herons, cormorants and other animal species. We’ll arrive at the Ecoamazonia Lodge and enjoy an exquisite welcome drink. Then, we’ll settle into our bungalows and have lunch.

We’ll wake up to the delightful song of birds in thesurrounding canopy. After breakfast, we’ll start our excursion with a walk deep into the jungle, making our way along specially-prepared paths and canyon bridges. During our walk, we’ll see Caimans’ Cave, and as we continue along, we’ll arrive at majesticLAKE APU VICTOR, with its crystal clear waters, surrounding jungle marshes, and giant tree species. Further along the way, we’llascend to an observation point that opens up a spectacular panorama over the lake. We’ll observe parrots, guacamayos(aras), tucans, camungo, shanshos, herons and other animals such as caimans, turtles. If we’re lucky, we may even glimpse the giant otter, the jungle’s most impressive animal. After several hours, we’ll return to the lodge to enjoy an afternoon lunch.

GAMITANARIVER: On this excursion, it is important to take a hat along, as well as sun-block and a swimming suit. We’ll also be able to fish and take a dip in the river before returning to the lodge for dinner. 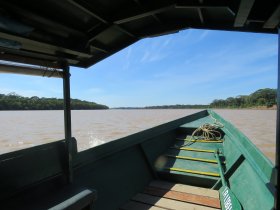 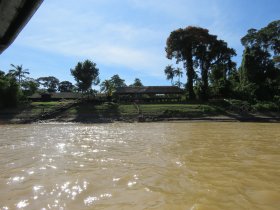 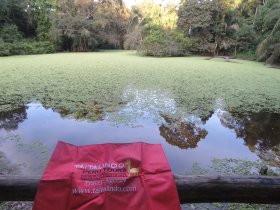 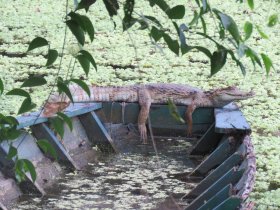